Maps have come a long way since the beginning of time. Some of the oldest known surviving maps are from Mesopotamia, made on clay slabs. Now, we can pull out our phones and pull up maps from all over the world, updated regularly for everyone to utilize and enjoy. People have used maps to measure distances, plot land, define travel, and so much more.

Now, Google’s taking 3D maps one step further and have developed a precise measuring tool in Google Earth. The new tool allows users to pick points (as many as you’d like!) on the map to find out the distance or calculate the perimeter of an area. Google’s announcement stated that this was the most requested feature for the app.

Precision measuring is something we are passionate about at Made to Measure. We enjoy seeing measurement applications to everyday things that people (other than metrologists!) use, like Google Earth! This simple and intuitive addition of metrology to Google Earth gives everyone the ability to measure fast and easily. 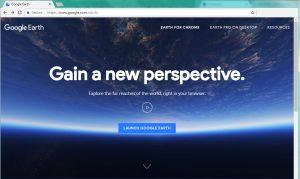 You can measure small or large areas, from local nature preserves, to giant theme parks, the list goes on. Map how far it is between your favorite vacation destination and where you would ideally want to move, use it as a planning tool! Plan a running route through some scenic areas, the possibilities are endless! You can even measure even smaller stuff with Google’s new Measure AR app for Android.

So take a break from your busy schedule and play around on Google Earth today, “gain a new perspective.” — www.google.com/earth  You can even take a virtual tour of our facility on Google Maps! Check it out below!

“Learning the different ways that a CMM evaluates features on a part; least squares, minimum zone, max inscribed, and min circumscribed; and when to use which evaluation, has made a huge difference in the accuracy of our CMM programs after going through the AUKOM courses. Our CMM programs are now much more repeatable between users and even locations across the globe (China)”

Thanks for your interest. If you wouldn’t mind, we’d like the opportunity to follow up with you. We promise not to bug you.